Club Meetings Are Back!

On the 10th February 2021 at 19:30hrs our first club “Zoom” meeting will take place.
All full CHADS members will receive an email with instructions to gain access.

Our guest speaker will be Neela Mann.
“Neela Mann is a historical geographer who has spent most of her working life in the media having worked in radio, newspaper and book publishing. For the last 13 years of her working life she was the Copyright Editor of an international publisher but is also a published author of articles in magazines such as a series in “Coin Collector” magazine and eleven history books, including “Cheltenham in the Great War”. For the past 17 years Neela has been a Director of Warwick Words History Festival, during which she has interviewed writers such as Alexander McCall Smith, Earl Spencer, Emma Bridgewater and Joscelyn Dimbleby. On retiring to Cheltenham some 40 odd years after having left, she spends her retirement researching local history and giving talks and historic walks.”
Neela will be giving a presentation on Cotswold issued tokens and the history of the Quakers in Cheltenham. William Mason’s father issued a token.  William was the man who discovered the spa waters in 1716.  Both William and his father are buried in the (disused) Quaker burial ground in Grove Street, Cheltenham.

We will also have a show & tell so we can all see the finds that members have had since the initial lockdown. 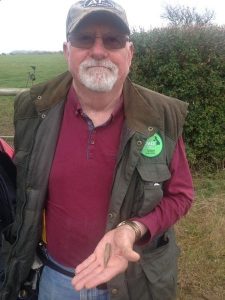 It is With Great Sadness That We Have To Inform The Membership of The Passing of one of Our Members. Our Good Friend Barry Moore Finally Succumbed to his Illness.
Our thoughts are with his Wife Ann and his Family.
Barry as you know has been a life and Soul part of the club for many years , always ready to help with his extensive knowledge of coins and artefacts and with his endless sense of humour .
Barry had been our Membership Secretary up until recently when he had to pass that role on owing to ill health, he will missed by us all.
Rest In Peace BARRY.

The club have had a copy of this new book kindly donated  by Mary-Ann Ochota (of Time Team, Ancient Impossible, Britain Afloat and Mystic Britain fame).
I’ll be using it as a raffle prize at our next physical meeting. Please click on the images for more details. 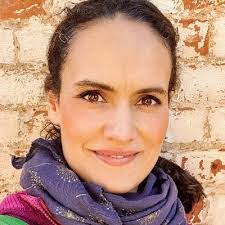 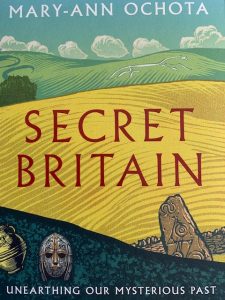 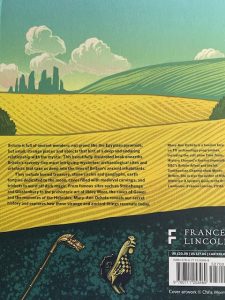